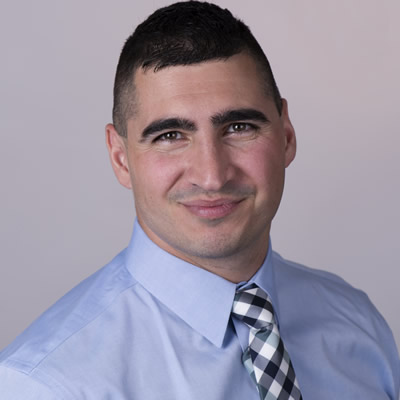 Michael Vanacore-Netz is an airline transport pilot with over 5,000 hours of flight time. He is a graduate of Marywood University with a bachelor’s degree in business administration for aviation flight management and a double graduate of Gwynedd Mercy University with a Master of Science in management and a Master of Business Administration in strategic leadership. Michael is also an International Air Transport Association Aviation Management Professional (AvMP).

Michael has accrued over 3,500 hours of turbine experience including over 3,000 hours as pilot in command of the GIV and GV airframes. From 2013 to 2016, Michael was based in Kuala Lumpur, Malaysia as well as Almaty, Kazakhstan operating as a pilot in command of the Gulfstream G450 airframe. Michael’s international experience includes operations in more than 60 countries with significant emphasis in Europe, Asia and the Middle East.

In addition to his flying responsibilities, Michael spent eight years working at CAE within the Gulfstream and Bombardier programs. While instructing, he created a series of action plans and implemented them into both the Bombardier and Gulfstream Programs’ training profile. He was also responsible for a company-wide series of line orientation scenarios that are used annually by the instruction team as mandated by the FAA. Michael’s focus while at CAE was on human factors, decision making, crew resource management, and threat and error management.

In 2015, Michael founded M5 HOLDINGS, where his work has led him to provide his clients with various business aviation services in areas such as sales and acquisitions, audits and training, asset management, contract airman services, company manuals and SOPs, technical publications and manuals, and the design and implementation of safety management systems.

In January of 2021, Michael joined Fly Compliant as a strategic consultant for the LevelFlight program, a suite of applications and programs designed around aerospace compliance. With LevelFlight, he wrote the LevelFlight Safety Standard, a set of guidelines and principles that have been accepted throughout the FAA 135 community.

With LevelFlight, Michael spearheaded a project designed around an automatic risk detection system designed to proactively determine the risk factor for an individual flight based upon multiple data sets taken from both objective and subjective data. This system is part of LevelFlight and is an accepted risk evaluation tool by much of the FAA 135 community and has been used by NASA as a safety measuring device.