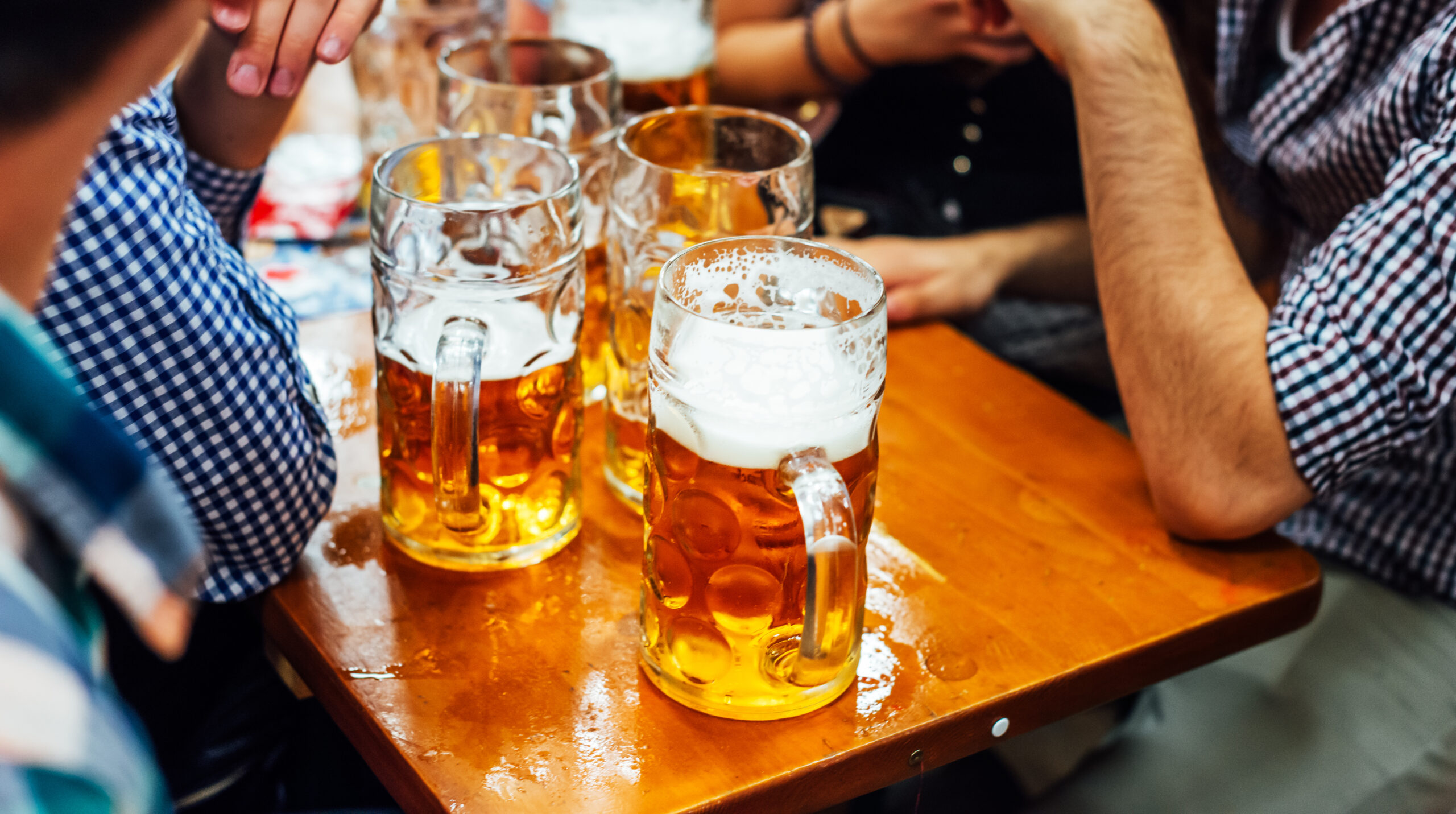 The Return Of The Greatest Traditional Festival In The World

As summer turns to autumn, it’s time to revel in the final festivities on our calendars before hunkering down for the winter. Harvest festivals are among the most iconic sights of the season, and none more so than Oktoberfest Germany 2022 in Munich.

The Covid-19 pandemic shuttered the famous German folk festival for the last two years, but the big tents in 2022 will be once again awash in beer, roasted chicken, and polka music, just like they’ve been since the early 1800s. Here’s what to expect:

The Scene in Munich

This year’s Oktoberfest runs from September 17 to October 3 in Munich. Hotel rooms and reservations for beer tents are (unsurprisingly) filling up fast. Contact us now to reserve your airframe, and we’ll take all the travel arrangements off your plate.

When you make it to the festival grounds (called the Theresienwiese), you’ll find the center of the action: 21 large and 17 small tents serving up beer and food in the spirit of Gemütlichkeit.

Each tent sets aside a portion of its seating for walk-ins. But if you’re going with a group, you might want to check if any tents have reservations available (each tent has an online portal for registration). You must reserve a whole table that seats between eight and ten people, so it’s best to do Oktoberfest with a group (our ultra-long-range airframes seat up to 16.)

The beer tents’ reservations are free but contingent on buying tokens for food and drink, which may run more than 300 Euros for the table. But at 30 Euro a head, that’s a steal. You’ll each have enough for a couple liters of beer and maybe a half-chicken or schnitzel, so plan your day and your main meal around a trip to one of the tents.

All the tents are traditionally decorated but have a decidedly modern feel. For a more old-school experience, check out the southern end of the festival grounds, where you’ll find the Oide Wiesn. A small entry fee gives you access to this area with a far more traditional feel. Go for folk music, old-timey bicycle races, and beer tents that will transport you back to the 1800s.

Both Tuesdays of Oktoberfest are dedicated family days. Those days are a little more sedate if you’re traveling with younger ones.

Only six breweries in Munich are allowed to brew the beers served at the festival, and they’re a little different than the Oktoberfest beers we have in America. Unlike our heavier, caramelly sweet Oktoberfest beers, in Munich, you’ll be drinking a lighter, more modern style of beer called “Weisn” (the domestic brewers who make that style call it “Festbier”). You’ll drink from a standard maß glass that holds a full liter.

Can’t Make It to Munich?

If your schedule doesn’t allow for a quick jaunt to Munich on short notice, other harvest festivals are worth checking out on the continent. Wait a few weeks and visit Freimarkt in Bremen (October 14–30), the largest carnival and fun fest in Northern Germany. And other countries in the area also get in on the fall festivities. Sadly, this year’s Weiner Wiesn in Vienna has been canceled for the third year in a row, but Zurich, Switzerland’s Züri Wiesn (September 22 to October 15) is an excellent alternative.

Curious about your costs for a private charter flight? Enter the route and instantly receive an estimate with our Flight Calculator.