Request A Quote
Meet The Team

Paul Rodsjo is a lifelong aviation enthusiast. Although he doesn’t remember exactly how his love for aviation began, he knew at the age of 5 that he wanted to be a pilot. Paul turned his aviation passion into a career and is one of the most experienced members of our GAC team. Paul’s extensive experience includes FAA certification and an EASA (European) Airline Transport Pilot certificate. Additionally, he has been through eight different types of ratings and speaks multiple languages. His international experience has helped him accumulate more than 19,000 hours flying worldwide. 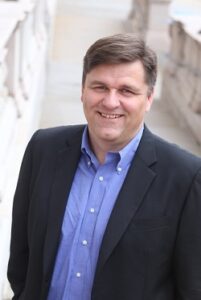 Paul grew up in Oslo, Norway, and first came to the United States as a foreign exchange student during high school. He later returned during college and learned to fly at the Anoka County Airport in Minnesota. An entrepreneur at heart, he started a small charter operation at the Anoka County Airport to kickstart his career. Since then, Paul has held positions that have allowed him to explore every continent except Antarctica (now on his bucket list to visit). He spent five years based in Kuala Lumpur, Malaysia, flying throughout Southeast Asia; about two years based in Vienna, Austria; and another two based in Moscow and Oxford, England.

Paul’s favorite travel destination is Vienna, Austria. He enjoys the great people, architecture, and delicious cuisine. Not only is Austria his favorite destination but he also experienced his favorite moment while flying here. “My all-time favorite flight was departing Innsbruck, Austria, early in the morning after a snowfall. Climbing through the alps as the sun was shining on the mountains and fresh snow was beautiful,” Paul shared.

The Gulfstream V is Paul’s favorite aircraft to pilot, with the Gulfstream IV as a close second. When he is not flying, he enjoys fly fishing, working on his ’61 Volvo Amazon, and boating with his family in his antique “woodie” 1966 Chris Craft Constellation on the St. Croix River.

When asked, “What makes Global Air Charters different from other air charter companies?” Paul responded, “We are small and nimble, with the customers’ interest being the No. 1 priority. Additionally, our team: We have been fortunate to attract some amazingly talented and dedicated people.”

As Global Air Charters’ Director of Operations, Paul’s vision for GAC is to be a customer-focused operator that thrives on making the difficult look easy. He went on to state, “I also want us to be immediately available for owners of managed aircraft. They deserve to talk to a decision-maker when they have questions. Above all, I want us to be their friend that knows how to operate airplanes.”

– Speaks multiple languages, including Norwegian, Swedish, and some German

If you would like to request a quote or learn more about Global Air Charters and the precautionary steps we are taking during the COVID-19 pandemic, please call 844-212-5325