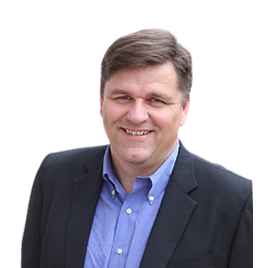 Paul Rodsjo is Director of Operations and Executive Vice President for Global Air Charters, as well as a Captain in the Gulfstream V, Gulfstream IV, and the Citation Mustang.

In his role as Executive Vice President, Paul is involved in expanding business opportunities, acquiring aircraft, and developing relationships with aircraft management customers. As the Director of Operations, he maintains operational control for flight operations, oversees training of all flight and maintenance employees, manages company manuals and policies, and ensures that all flights meet FAA regulations.

As the longest-standing GAC manager and a seasoned pilot, Paul is intimately familiar with every aspect of GAC. “I thoroughly enjoy the business side of aviation and developing relationships with business leaders and entrepreneurs who have a passion for airplanes,” says Paul. “At the same time, I continue to love flying. My role as a pilot has transitioned to more of a mentor for the younger team members, helping them to quickly absorb the knowledge I have gained in my 30-year career.”

Before working for GAC, Paul flew as a corporate pilot for McLeodUSA in Cedar Rapids, Iowa. In 2005, he left and became a contract pilot, working globally for companies in Austria, the Russian Federation, Great Britain, and Malaysia. He joined Global Air Charters in 2009 as Assistant Director of Operations and transitioned to Director of Operations in 2012.

As long as he can remember, Paul wanted to be a pilot. His father would take him to watch planes take off and land at the airport in Oslo, Norway, where he grew up. “As a kid, I was fascinated with anything that flew. My older sister tells me I would jump off ledges with a kite to see if I could fly.”

Paul began learning about aviation professionally when he served with the Royal Norwegian Army as a Russian border guard. He began ground school while stationed in Kirkenes, Norway, and later completed his flight training at Anoka County Airport in Blaine, Minnesota, after he came to the United States to attend college. Paul started his post-secondary education at the University of North Dakota – Grand Forks and later attended the University of Minnesota – Twin Cities.

As a native of Norway, Paul is fluent in Norwegian and Swedish, and he is proficient in German. He holds Airline Transport Pilot certificates from both the US Federal Aviation Administration and the European Aviation Safety Agency (EASA). He currently lives in Scandia, Minnesota.